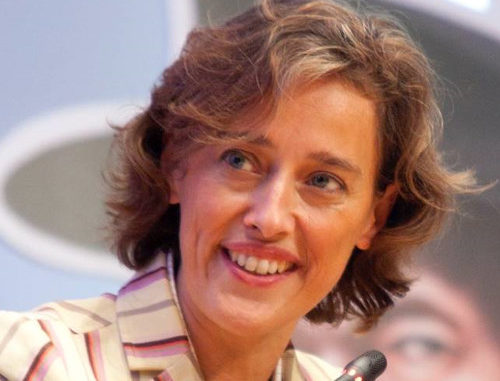 Alexandra Henrion-Caude is another French scientist who has spoken out and questioned the standard Covid narrative given by the authorities. She says that what propelled her to speak out is injustice: “There is an injustice of treatment and an injustice in the level of understanding of the general public. Many people feel they are in the dark and they asked me to share my understanding of the situation.”

Origin of the virus

Like Luc Montagnier, Henrion-Caude questions the orthodox narrative regarding the origin of the virus. “I was immediately troubled by the way the authorities presented the story very quickly as though they were dealing with certainties.  At first they said the virus came from pangolins sold at the Wuhan wet market. Then they said no, it did not originate in pangolins but in bats. Then back to the pangolin. None of this gelled with the scientific data. As a geneticist, I was very interested in the structure of SARS-CoV- 2 because it had an unusual form compared to other coronaviruses. In the latter, the spike protein consists of two elements, s1 and s2 but in SARS-CoV-2  s1 and s2 are separated by the insertion of another sequence whose role is to impart to human cells the possibility of being infected by the virus. In scientific jargon, this is called gain-of-function. It is plausible that this insertion was human-made.”

Henrion-Caude also questions the established views that lockdowns and mask-wearing are necessary for combating the pandemic.  She says that we are witnessing an “overkill” of measures that are totally experimental and have never been applied before;

* compelling people to wear masks outside – never happened before

She laments the fact that no one talks about the physical and psychological dangers of wearing masks. “Masks,” she says “can amplify the transmission of bacteria, cause skin infections and psychological damage.” She points out that, in France, pregnant women are obliged to wear a mask when they give birth. “Imagine what it means when the first thing a newborn sees is a masked face, instead of a loving mouth and warm facial expression.”

Her concern regarding the new RNA vaccines (Pfizer and Moderna) stems from the fact that they were developed in a crisis situation and use a technology never before applied on humans.   “Entire populations are being used as part of clinical trials since Pfizer is due to submit its final results only in 1/2023 and Moderna in 10/2022.”

“I am in no way opposed to RNA (ribonucleic acid). I worked with RNA for 12 years and I am a firm believer in RNA’s potential for numerous applications.. to the point that I served as associate editor of a journal called Current Gene Therapy dedicated to RNA. So, if there is someone who is pro-RNA and not reluctant to use it, it is me.  It is precisely because I know RNA well and its ability to interact with a myriad of molecules that I think it is inconceivable to give it to healthy people, after only 10 years of development and accumulation of knowledge. The RNA vaccines can cause totally unpredictable consequences. It’s a Pandora’s box.”

All the new vaccines – both the mRNA (Pfizer and Moderna) and the DNA ones (Astrazeneca, Johnson & J0hnson, Sputnik) – involve genetic modification. This is why Henrion-Caude refers to them as gene therapies. “They inject genetic information into people in the same way as genetic information is injected into tomatoes to create genetically modified tomatoes. One cannot possibly say that the vaccines are not modifying our genes, because they are introducing into our bodies genetic information which we did not have before.”

The experts have been practically unanimous on this point – RNA cannot leak into DNA. But Henrion-Caude maintains that this is not exact since there exists in nature the phenomenon of reverse transcription when DNA can transform into RNA and vice versa. This phenomenon is found in retroviruses such as the HIV virus. She also cites a study published by Rudolf Jaenisch, the father of transgenic science and professor of biology at MIT, which confirmed that the integration of RNA SARS CoV2 into a human gene is possible. “Even if this is a rare phenomenon,” she says, “it could affect thousands of people when millions are vaccinated. It involves changing the human race.”

“The new vaccines aim to make people produce antibodies to the virus. The problem is that these antibodies  can be good ones or bad ones. If they turn out to be bad antibodies, this means that they will facilitate the entry of the virus. This is what is called ADE and this why after the first vaccine dose, people often get Covid and we see a spike in infections.

Henrion Caude says that recent studies on flu vaccines should alert us to possible consequences of the new vaccines:

“There is a crazy desire to create a world without Covid. Authorities separate families, force everyone to wear masks and want to vaccinate the entire population. I say that these measures are not justified.  What we need to do is to treat patients, do more research, be vigilant and constantly reassess the situation. “

(The above quotes are taken from interviews given by Henrion-Caude to Nexus Magazine, Radio-Sud and TV Libertes)