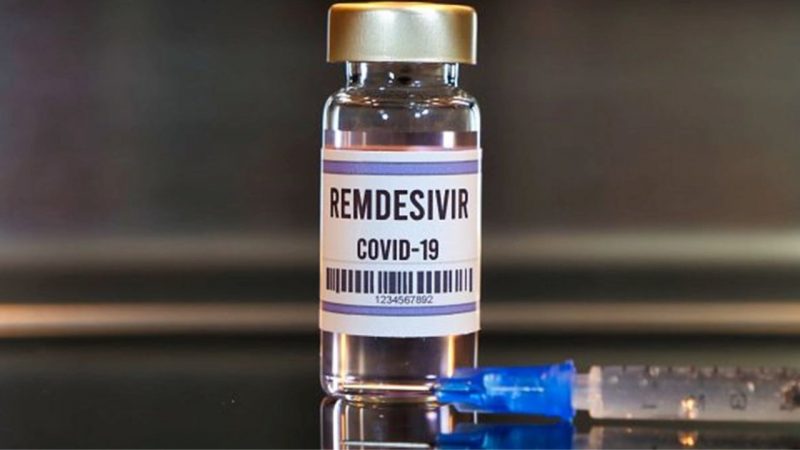 The medical establishment’s war against Hydroxychloroquine (a drug used for over 80 years and favored by Dr. Raoult as an early Covid treatment in conjunction with azithromycin) can only be understood in the context of the story of another drug – Remdesivir, a relatively new drug produced by Gilead Sciences. The more Hydroxychloroquine was attacked, the more Remdesivir was promoted. The two seemed to go hand in hand.

Remdesivir was originally developed to treat hepatitis and first tested on humans during the Ebola outbreak in 2018-19. It was unsuccessful.  But the cost of research having been gigantic, Gilead was reluctant to give up so quickly. In the pharmaceutical industry, the best way to recoup costs is recycling and Covid 19 offered Gilead the perfect recycling opportunity. As soon as the pandemic erupted, Gilead launched a major promotion of Remdesivir as a miracle cure against Covid.  It proved to be a brilliant move which brought the company an unexpected windfall.

In some extraordinary manner, the medical authorities in Europe and the US were all persuaded to adopt Remdesivir as a key therapy for treating Covid despite any evidence that the drug was effective, despite dangerous side effects and despite its high cost of 2000 Euros a dose!

At the end of April 2020, Anthony Fauci announced that Remdesivir reduced the time of recuperation from Covid in comparison to placebos. No effect on mortality was mentioned and no mention of dangerous side effects.

In May, 2020 the FDA granted Remdesivir emergency use

On September 23, The EU signed a $2 billion contract with Gilead, even though it already knew the results of the WHO’s months long Solidarity trial which showed conclusively that Remdesivir  does not work against Covid 19.

October 15 WHO published the results of its Solidarity trial.

In spite of this on October 22, the FDA approved Remdesivir for Covid patients

Not only did America and Europe, and probably many other countries who followed them, spend a fortune on an ineffective drug which is still being used across the world, but, in so doing, also put patients’ lives at risk. Remdesivir, says Raoult, comes with risks: “This is a drug which has to be given intravenously for 10 days early on (this involves hospitalization since perfusions cannot be given in day clinics), is toxic for the liver and kidneys and has 5% risk of grave complications such as thrombosis/septicemia.”

How was it that the entire medical world came on board in favor of Remdesivir when people like Dr. Raoult expressed misgivings from the start: “I already knew in March/April that Remdesivir would not work with Covid,” says Raoult, “because it is a purely anti-viral drug and we knew that Covid was mainly inflammatory in its serious phase. The real challenge is how to control this excessive inflammatory reaction. It was clear that Remdesivir would not help in such cases.”

So even after the publication of the WHO’s study and general agreement that Remdesivir was not the solution Dr. Raoult, like other hospitals around France, received a letter from the French Ministry of Health informing him that him that he could use the drug free of charge!

Having been bought up in large quantities, the drug had to be used willy nilly!

As the promotion of Remdesivir gained full steam, so did the attacks against hydroxychloroquine.

And none was more blatant than the study published in The Lancet on May 22 questioning the safety of the drug and claiming that it caused the death of 10% of patients in the study.

When inconsistencies were highlighted, the lead author retracted the paper claiming “he could no longer vouch for its accuracy.” Following the retraction, The Lancet’s editor, Richard Horton wrote: “This is a shocking example of research misconduct in the middle of a global health emergency.”

But once the paper had been published and sent across the world by Agence France Presse, the damage was done. Hydroxychloroquine was tainted with a bad name and massively dropped as a therapy for Covid.

Infiltration of the Medical Establishment:

To get to the bottom of this skewered state of affairs, where a cheap, effective drug is assaulted and an expensive, ineffective drug is promoted on a massive scale, Raoult examined all the studies that had been published on the two drugs. This is what he discovered: when a study had been paid for by Gilead or the majority of authors were associated in some way with Gilead (had received funds, grants etc.) 79% of these studies asserted that hydroxychloroquine was ineffective and 100% asserted that Remdesivir was effective.

In his testimony before the French Senate, Raoult stated that many of those who accused him of charlatanism had received monies from Gilead.

Ineffective but, even worse, possibly damaging

One of the mystifying traits of the UK variant is that it is accompanied by a large number of mutations, as many as 1,400. One hypothesis put forward for this phenomenon by doctors in the UK  is that this could have resulted from having given Covid patients antibodies from recovered patients together with Remdesivir. This hypothesis was confirmed by a study published in the New England Journal of Medicine by a Boston team of researchers (“Persistence and Evolution of SARS CoV2 in an Immune Compromised Host 3.12.2020) which describes how after being treated four times with Remdesivir, a Covid patient developed a large number of mutations and ultimately died.

“We see that Remdesivir not only does not work but favors the evolution of mutations,” says Dr. Raoult. “Doctors must stop using it.”