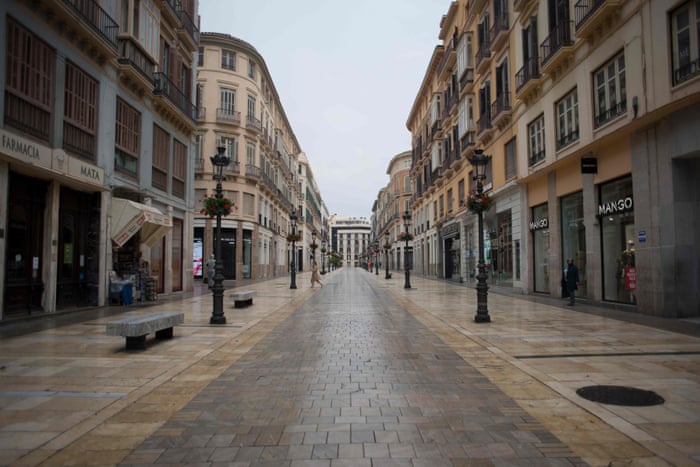 As Europe faces its highest surge of infection since the start of the pandemic and the threat of a new variant, many countries are resorting to desperate measures such as lockdowns and drastic social measures to stem the epidemic. Austria has imposed a nationwide lockdown with Slovakia hot on its heels. Austrian health minister Wolfgang Mueckstein has described lockdowns as “the only option to reduce the rate of infection.”

But do lockdowns actually work?

The science says that they don’t. Studies published so far on the efficacy of lockdowns show that they fail to stop the spread of an infection. Some scientists even maintain that lockdowns are “pro-contagion” and can enhance the spread.

In his 2020 study of 24 European countries, Danish scientist, Christian Bjornskov found “no clear association between lockdown policies and mortality rates.”

In their study, “Assessing mandatory stay-at-home and business closure effects on the spread of COVID-19,” of January 2021, Dr. Eran Bendavid and colleagues from Stanford University concluded that “while small benefits cannot be excluded, we do not find significant benefits on case growth of more restrictive NPIs (non-pharmaceutical interventions). Similar reductions in case growth may be achievable with less-restrictive interventions.”

And more recently, a team of researchers from the University of Southern California and Rand Corporation analyzed data from 43 countries as well as all US states to measure  change in excess deaths before and after lockdowns. The team found that excess mortality actually increased following the implementation of a lockdown (National Bureau of Economic Recovery, June 2021).

None of this is new to Dr. Martin Kulldorff of Harvard University who has long been a critic of lockdowns. He has described the response of the US and Europe to Covid as the “biggest public health fiasco in history.”  Lockdowns, he says, not only do not work but involve heavy collateral damage in terms of economic damage and physical and mental health. He points out that in Sweden, which never closed down its schools or daycare centers, there were zero Covid deaths in a population of 1.8 million children.  He notes wryly that the number of children who die from the flu every year is higher than the number who die from Covid.

Dr. Kulldorff is harsh in his criticism of lockdowns because he says they go against the basic principles of public health: “Public health is about all health outcomes, not just about one disease like Covid. You can’t focus only on Covid and ignore everything else (rise in cardiovascular disease, diabetes, cancer…as a result of people’s reluctance to go to hospital and the inaccessibility of physicians, loneliness, the need for social contact etc. )

Together with Dr. Sunetra Gupta of Oxford University and Dr. Jay Battacharya of Stanford, Dr. Kulldorff was one of the three founders of the Great Barrington Declaration which was issued in October of 2020. The Declararation warned about the devastating effects of lockdowns on the physical and mental health of the public. Instead of lockdowns, it  proposed a policy of “Focused Protection” which would focus on protecting those groups at highest risk of the disease while allowing those at minimal risk to lead normal lives. Schools, universities, restaurants, business, sport and cultural activities would all remain open.  The Declaration has since garnered 10,000 co-scientist signers and 870,000 signatures from the public.

But despite these impressive numbers and despite high rates of vaccination, governments  continue to turn to lockdowns as practically the only means of fighting Covid.  After nearly two years of tackling the pandemic, there is, says Dr. Kulldorff, no scientific evidence to back the efficacy of lockdowns while there is much evidence of extensive social damage. He states categorically: “In the US, lockdowns have been the biggest assault on workers since segregation and the Vietnam war. Except for war, there are few government actions in my life that imposed more suffering and injustice on such a large scale as lockdowns.”