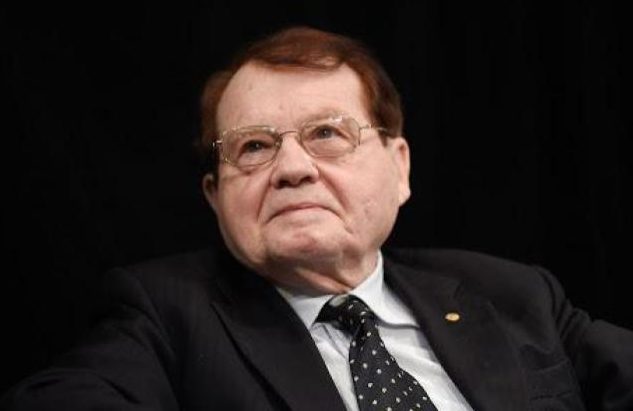 A year ago, when Nobel Prizewinner and eminent virologist, Luc Montagnier, asserted that the Corona virus had undergone human manipulation and was probably manufactured in the Wuhan Institute of Technology, he was ostracized by the scientific community and treated like a crank by the media. No one took him seriously. His hypothesis was dismissed by scientific experts as “misinformation” and no media organ was willing to be associated with him. At the time, Montagnier lamented the “scientific climate of terror” which silenced all debate around the origins of the virus. Today, this climate has taken a 180 degree turn. Now, the Wuhan lab leak theory is being touted by scientists and media alike as a ‘highly plausible’, ‘not to be discounted’ hypothesis.

What has changed? Surprisingly, no new facts have emerged since Montagnier first made his claim in May 2020. A few intrepid journalists, mainly on Fox News, delved into the story early this year but the facts which they unraveled were already known and had been extensively published on alternative media sites. What has changed is the political climate, which is set primarily set by the American administration and social media.  Suddenly, a green light appears to have been given by the Biden administration and by social media – to the theory that, perhaps after all, the Corona virus did emerge from the Wuhan lab, intentionally or unintentionally.

If this is the case, then it is clear that what took place was a major cover-up that involved the entire scientific community and the so-called independent press. Leading scientific journals around the world toed the line, dismissing the lab leak theory as totally implausible, while big tech social media giants Facebook and Google pulled out all the stops to stifle any debate around the origins of the pandemic. The questions to be asked are: Who was behind the cover-up and what were they hiding?

One of the leading protagonists in the cover-up was British scientist Peter Daszak. Daszak is head of EcoHealth Alliance, a New York based organization through which the US funded controversial gain-of-function research on bat coronaviruses at the Wuhan Institute of Virology. Gain-of-function research is controversial and dangerous because it involves manipulating viruses in a lab in order to increase their potential for infecting humans. Since leaks can and did happen, the Obama administration instituted, in 2014, a moratorium on such research in the US. In order to circumvent the moratorium, the National Institute of Allergy & Infectious diseases headed by Anthony Fauci (who has long been a pioneer of such research and who opposed the ban) outsourced gain-of-function studies to the Wuhan lab via Daszak’s EcoHealth Alliance.

If it is proved that the Corona virus originated in the Wuhan lab and was the result of research funded by the US government…. this would be the mother of all scandals. It has now emerged that Google itself funded research carried out by Daszak and his organization but whether this was linked to the Wuhan lab or not remains unclear.

What is known is that, soon after the pandemic hit the world last year, Daszak organized a letter which was signed by 26 scientific experts and published in the prestigious journal The Lancet, stating: “The rapid, open and transparent sharing of data on this outbreak is not being threatened by rumors and misinformation around its origins. We stand together to strongly condemn conspiracy theories suggesting that Covid -19 does not have a natural origin” (The Lancet, 19.2.2020). The letter was so influential it succeeded in stifling any dissent and in branding opponents such as Montagnier as conspiracy theorists. Recently, the letter was described by Jamie Metzel, advisor to the WHO on human genome editing, as “the worst form of bullying in full contravention of the scientific method” (Daily Mail, 3.6.2021). Daszak has now been recused from The Lancet’s Commission on the origins of the pandemic.

While the scientific community was being stifled – Montagnier says that his own studies were rejected by scientific journals – Google, You Tube and Facebook did their part to censor any opinion questioning the standard narrative of Covid-19’s ‘natural’ origins: articles were censored, taken down or branded as “false information” by supposedly ‘independent fact checkers’.

Now Montagnier is in trouble again. In a recent interview on Odysee (a YouTube alternative platform), he categorically asserts that Covid variants are caused by mRNA vaccines. The evidence he puts forward is extremely technical, but in essence boils down to the principle that a virus, when placed under pressure, modifies its genetic code. So, when faced with the antibodies produced by the vaccines, the virus does not die but, instead, replicates itself as a variant. Montagnier’s claim was immediately dismissed by reputable experts as ‘dubious’ and ‘false’.