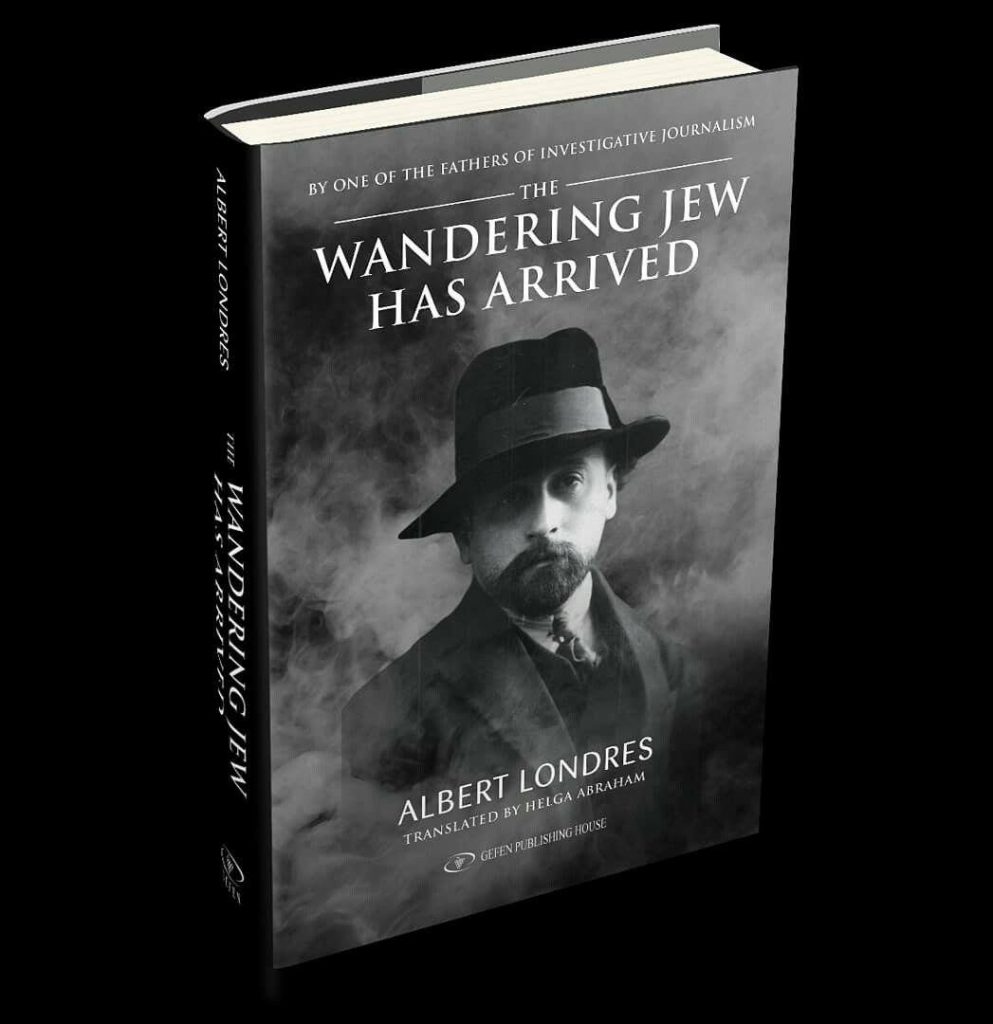 The Wandering Jew Has Arrived

In 1929 Albert Londres, a non-Jew and renowned journalist, set out to document the lives of Jews at this time. His travels to England, Eastern Europe and finally Palestine produced the literary masterpiece, The Wandering Jew has Arrived.

In the East End of London, Londres is moved by the unswerving faith of the Jews. In Eastern Europe, he is astounded by the misery and plight he witnesses. The bleak picture is redeemed by his gentle humor, sharp observations and the unforgettable portraits he paints of the exotic individuals he encounters along his way.

Londres vividly depicts the birth of Zionism and the wave of pogroms that propelled Jewish immigration to Palestine at the turn of the twentieth century. In Palestine, he discovers the new metamorphosed Jew, and his succinct, harrowing descriptions of the Arab massacres of the Jews of Hebron and Safed expose an age-old animosity that is still very much alive today.

Presciently, Londres’s investigation provides startling insight into how the unthinkable – the Holocaust – could happen, sweeping across Europe barely a decade after the publication of his book. His evocative, passionately and very personally told story transports readers back to a pivotal moment in history and offers an invaluable perspective on Jewish life in the early twentieth century, on the nascent days of the State of Israel, and on the ongoing strife that has engulfed the region ever since. The Wandering Jew Has Arrived is as relevant today as when first penned.

For a copy of The Wandering Jew Has Arrived – my translation of Albert Londres’ masterpiece Le Juif Errant Est Arrive, click on Contact.